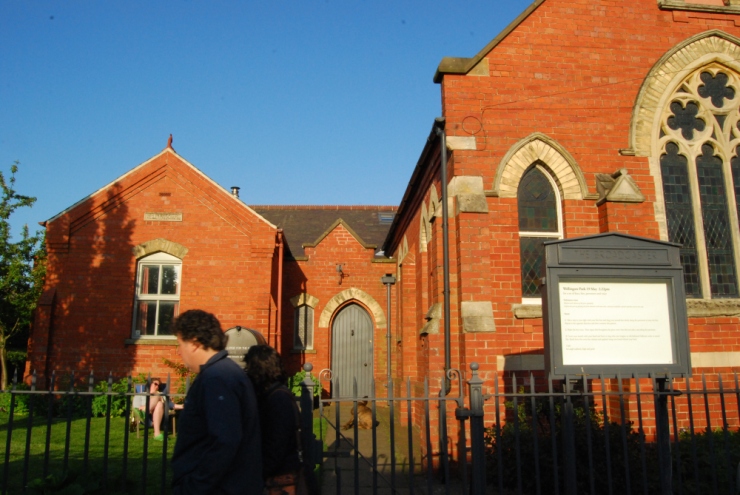 Village player is another take on the performance and actions involved in making audio field recordings and remains simply text until someone performs the instructions to make a live sound piece. It’s one in a recent series of pieces which explore how to make and present field recordings.

Field recordings of approximately two minutes in length, were taken one Sunday in May, during walks around Waddington and Wellingore where the Broadcaster notice boards sit. Recordings, which contained a number of ‘sound events’ made by different people and actions were then chosen and given the status of sound works in themselves.

I then wrote instructions for how a viewer might re-create those sound pieces, with an awareness also of what surrounds the two boards – pavement, an iron fence, bushes etc. By taking on the invitation to create the sounds and view them as elements of a sound piece, the viewer becomes a player and the piece, a way of playing back the field recording.